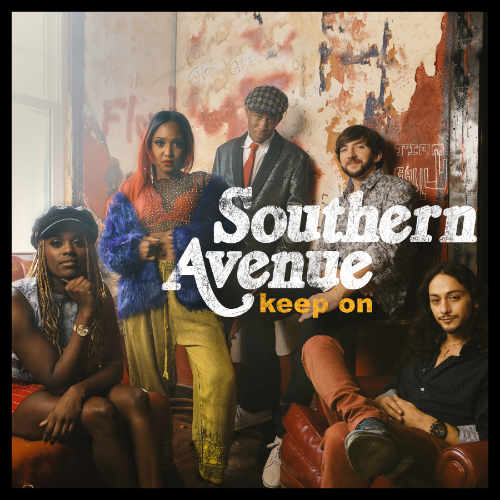 Southern Avenue is teaming up with Gabe Dixon for a cross-country tour.  Catch them Thursday April 2nd in Athens, GA at Live Wire Athens!

Southern Avenue : 2020 Grammy Nominees SOUTHERN AVENUE (Stax/Concord) are a boundary-breaking Memphis combo that carries the Southern soul legacy into the 21st century and beyond. Fueled by their powerful chemistry and electrifying live show, this fiery five-piece has performed in over fifteen countries and wowed audiences at festivals such as Bonnaroo, Firefly, Electric Forest and Lockn’.

Relix calls them “a deeply soulful Memphis band that’s turning the scene on its head,” and No Depression commented that it’s “easy to imagine Southern Avenue as a house band in their native Memphis or Muscle Shoals in the glory days of the ’60s, sent back to the future to save us from inauthenticity and our collective hurt. https://www.southernavenuemusic.com/

Gabe Dixon: Born and raised in Tennessee, Gabe Dixon is a Nashville-based singer-songwriter and multi-instrumentalist. Since he first emerged in 1999, he has been penning honest and heartfelt tunes that continue to garner fans and crowds across the globe. “Live Again”, a Gabe Dixon original, was recently chosen by Garth Brooks to bookend “The Trilogy” along with “Let it Be” and “Hey Jude” at his Live from Notre Dame Concert in front of nearly 100K fans and a National TV audience.

Gabe’s songs have also been featured in major films such as The Proposal and TV shows such as Nashville, Grey’s Anatomy, Vampire Diaries and Parks & Recreation. Along with his own appearances on Jimmy Kimmel Live! and The Late Late Show, Dixon has performed with notable acts like Paul McCartney, Alison Krauss & Union Station, Supertramp, Loggins & Messina, and O.A.R. In 2019, he began touring with Tedeschi Trucks Band while also working on his new album, which is slated to release in 2020. https://www.gabedixon.com/

More than a venue, an event service Family

Live Wire Athens is an event venue nestled in the northwest corner of downtown Athens, Georgia. The modern-industrial facility uniquely includes three versatile spaces, indoors and out, plus multiple concert stages. Combining a rich history in the Athens music scene, superordinate event expertise, and state-of-the-art presentation, Live Wire guarantees to leave a lasting impression on you and your guests. Locally owned and operated by the Robertson Family, this former warehouse has been transformed into a multifaceted locale, perfect for any event that ranges in 20-500 attendees. The rustic venue is commonly booked year-round for Weddings, Private Parties, Silent Parties, and Concerts.